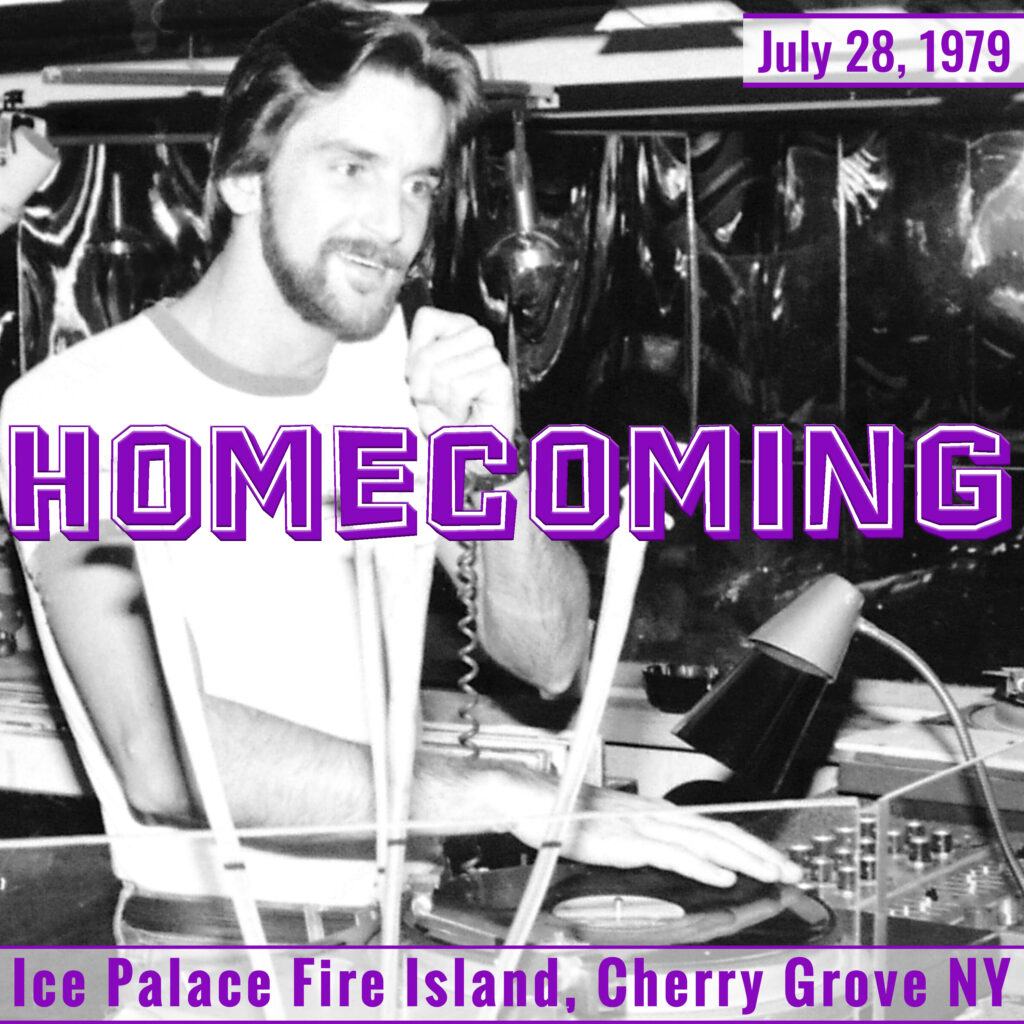 “Homecoming” is another of the few nights that Roy named. Recorded on the 28th of July at the Ice Palace Disco in Cherry Grove, it commemorates Roy’s return to his Fire Island DJ booth after an unfortunate accident landed Roy in the hospital the night before the iconic Beach ’79 party in the Pines, which he was scheduled to share the DJing responsibilities for with Howard Merritt and Jim Burgess.

I offer this musical journey as a companion to Episode 10 of my The Heartbeat Of The Dance Floor podcast as we delve into this story and many others with a very special panel assembled to Remember Roy Thode on the 40th anniversary of his passing, May 21st 1982. 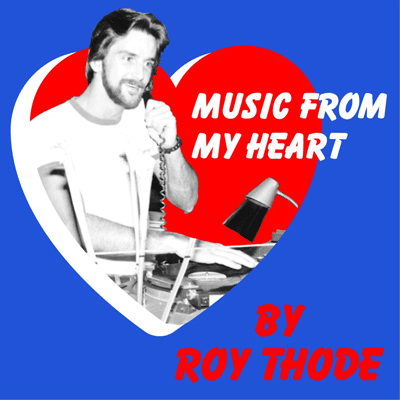 Happy Valentine’s Day!
Today it’s a huge honor to be able to share yet another special moment in dancefloor history eternalized by this recording from Roy Thode’s archive, all made possible thanks to his dear friend, Marsha Stern.
Recorded at the Underground on February 14th, 1981, this mix has been stored for just over 4 decades, to think that a spool of microscopic magnetized metal particles will give us the opportunity to re-experience what Roy Thode brought to the floor that night years before many of us were even born is goosebump inducing for us to say the least. At this point there should be no introduction needed to explain the virtuosity of this dancefloor maestro. Roy was a true Disc Jockey in essence, this is what he did, and his unique love for the craft can be heard loud and clear. Undoubtedly one of our biggest inspirations to us as DJs today.
We hope this mix takes you to a very special place because it surely came from one as Roy had self-titled this night “Music From My Heart”.
Let us all be Roy’s Valentine today – Love ❤️ 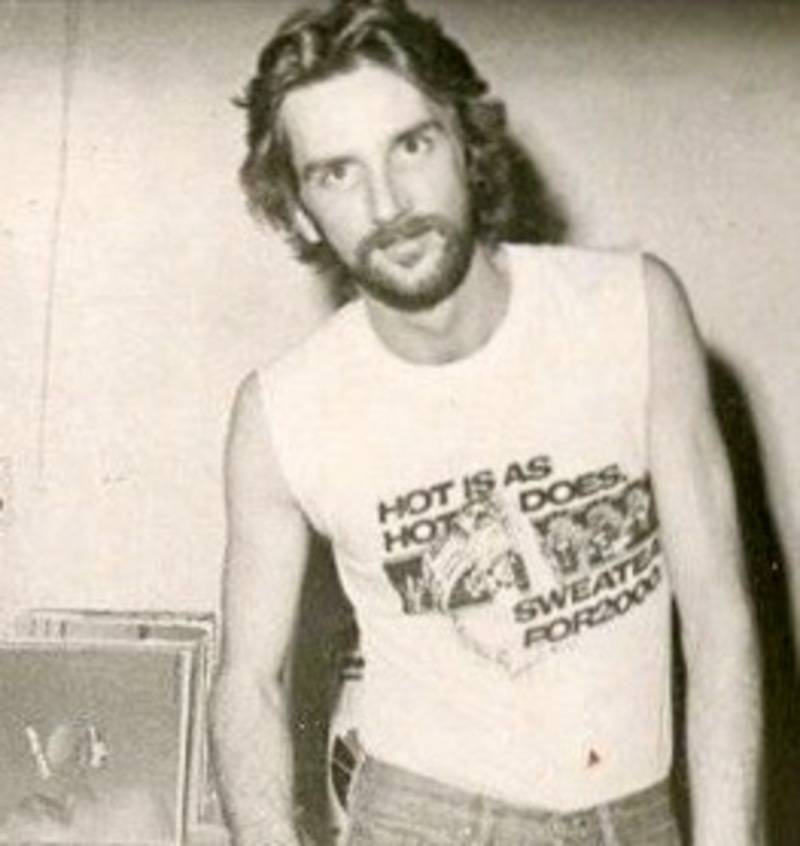 Recorded live at The Probe in Los Angeles, CA

“What you’re listening to is the first reel that was taped live during Roy Thode’s guest performance at Probe, LA in April of 1979.

At the peak of the night, around 4 hours into this file, there’s a live performance of “Night Dancing” and “You + Me = Love” by Takka Boom. And on this night was also one of the first public playings of “All Through The Night” & “Our Love”/“Lucky” from Donna’s upcoming BAD GIRLS LP along with the full length (and never officially released) Joe Long Sound version of “The Man I Love/Embraceable You”.

The SFDPS and I hope you enjoy this very special recording from one of Roy’s rare westcoast appearances.” MS 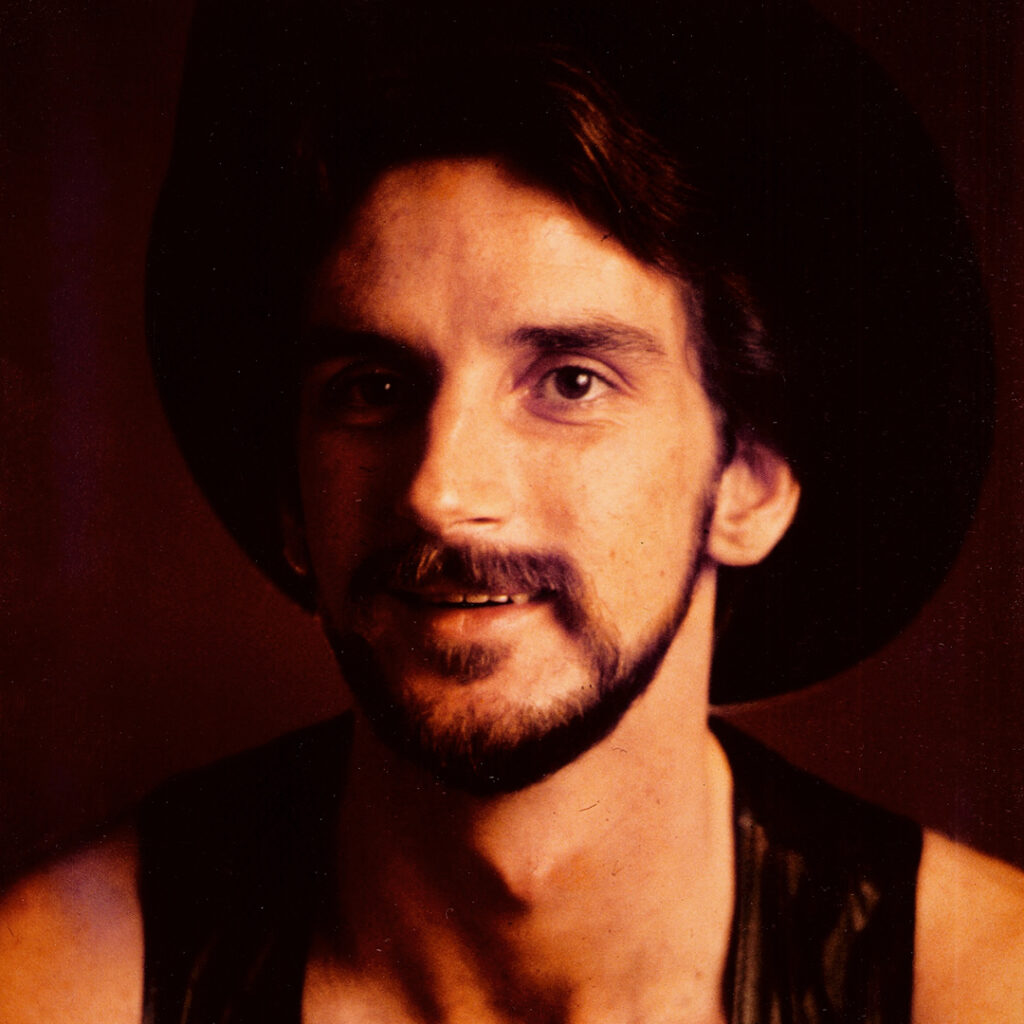 Jimmy DePre supplied me with reel #2 from this night.

He didn’t have reel #1. I contacted Marsha Stern, and she dug up reel #1 from her archives, so that I could join the two reels to have the complete DJ set from that night.

Marsha didn’t have reel #2 from this recording, so as Marsha says, “It’s a match made in heaven!”

Thanks for the access to reels, Jimmy and Marsha, so I could remaster this fantastic set! 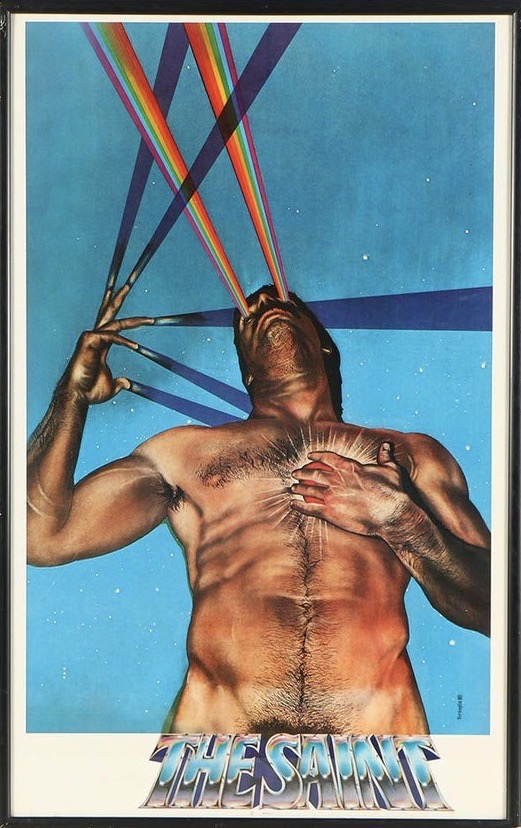 Of all the master tapes from Roy Thode that I inherited most of the boxes and some of the reels have labels identifying the venue and date recorded.

A few of them however also have names. They are a handful of very special nights that Roy chose to give an extra designation to by naming them.

This is one of those meaningful nights, presented here in two parts, Roy Thode’s debut performance at The Saint, NYC on October 25, 1980, simply titled: “First” 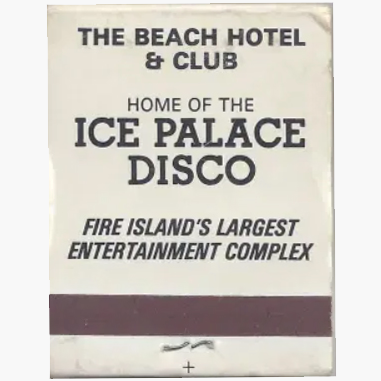 This set is taken from a Saturday night in August 1981 and records the end of the night, featuring Roy’s Morning Music as once again we join the dance floor of the Ice Palace in Cherry Grove, Fire Island NY

This selection from the Ice Palace Cherry Grove, Fire Island NY, recorded on Saturday night August 4, 1979, illustrates the structure of how Roy begins his sets with the first records of the night setting a mood. Often times those first records expressed HIS mood that evening but I think more than anything those first selections of the night helped Roy release whatever else might have been cluttering his mind, allowing him to open up to freely create the evening ahead. Sure enough, as people would arrive, filling the room and dancing to his music, it was THEIR energy that fed him for the musical journey he created, which in turn fueled their joy and exuberance on the dance floor. It was this exchange of energy that was always pervasive in Roy’s performances. When asked if he didn’t mind not dancing because he was DJing, Roy’s response was “But I AM dancing…I’m dancing with the everyone in the room!!

Roy Thode recorded Live January 21, 1979. This performance from NYC’s Ice Palace 57 is an excellent example of when Roy was ultra-playful in his musical presentation. He always had an element of technical expertise, even on his worst nights behind the turntables however on these nights, for whatever the source of the inspiration, his mixing was over-the-top. We hope you enjoy this sampling of some of the extraordinary elements of Roy’s mixing talents. 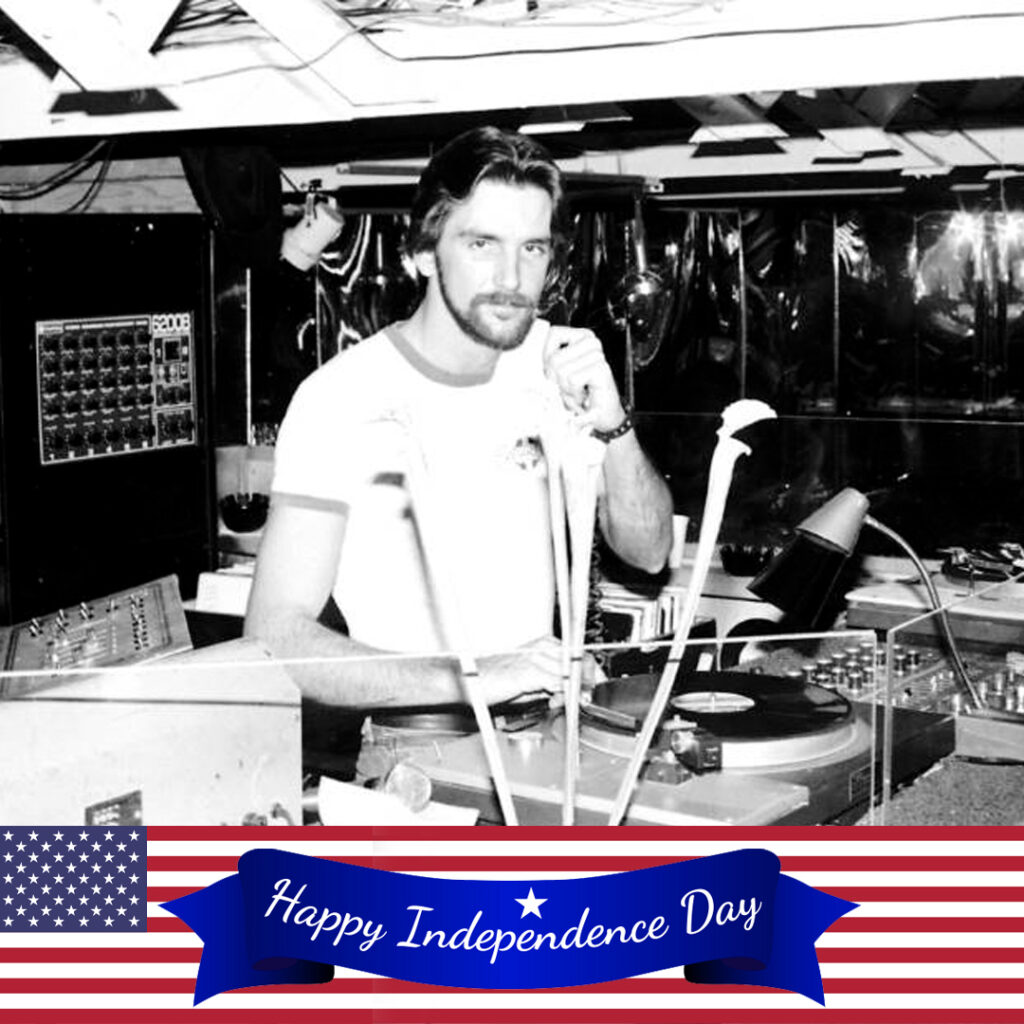 PART 1
Roy Thode’s Independence Holiday Weekend mix was recorded live at the Ice Palace Cherry Grove, Fire Island NY on Saturday night of the July 4th holiday weekend. You’re in for a real treat as you listen to this live recording from Saturday night July 5th 1980. You can almost feel what it was like to be on the dance floor! Presented in 2 parts, Part 1 begins around 2 am with high-energy music and goes til around daybreak with Part 2 capturing all of the magic of ‘morning music’ till the the sun was high in the morning sky and we were eased home (or to the next party) with some walking out the door music.

PART 2
Picks up as the music has shifted through tempo changes and then emerges with a renewed energy in Roy’s Morning Music set. By now the ferry to the mainland has made it’s last departure from the island, leaving the dance floor filled with the ‘locals’, from Cherry Grove and the neighboring Pines community, this recording capturing the essence of those feelings as they were frozen in time.
You’re listening to Roy Thode recorded live at the Ice Palace Fire Island Saturday night July 5th 1980 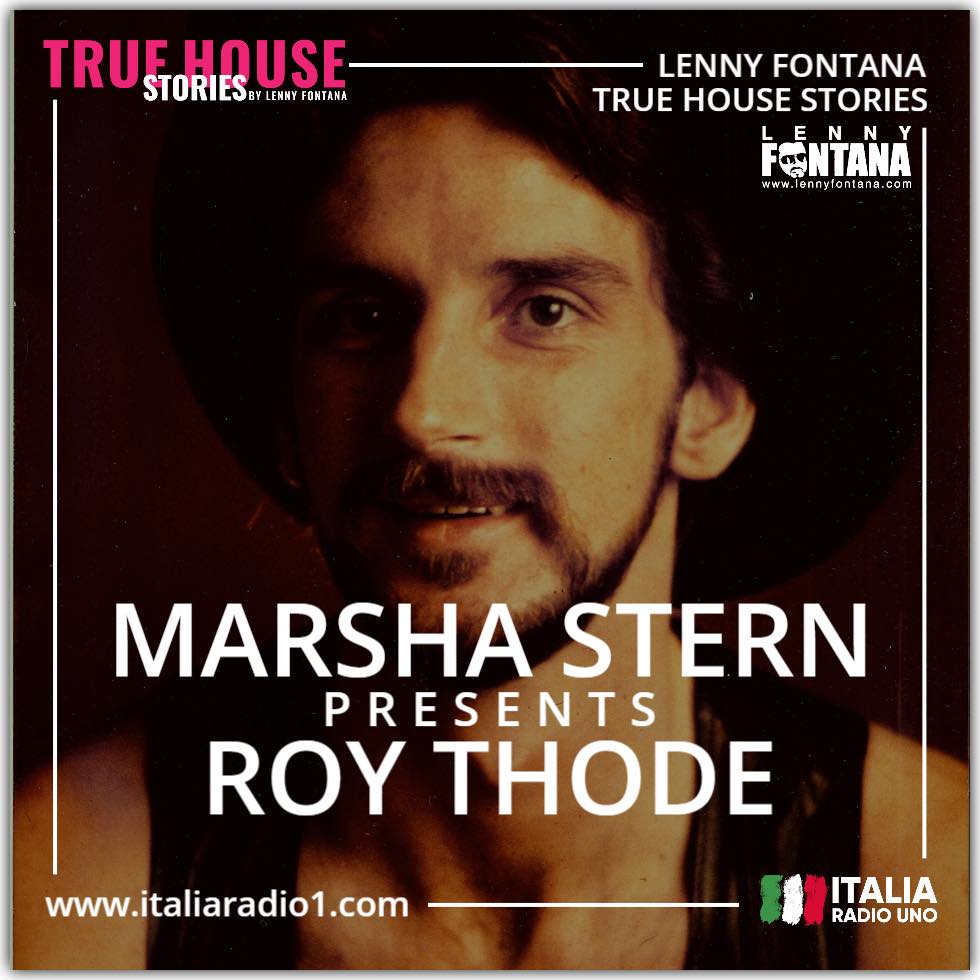 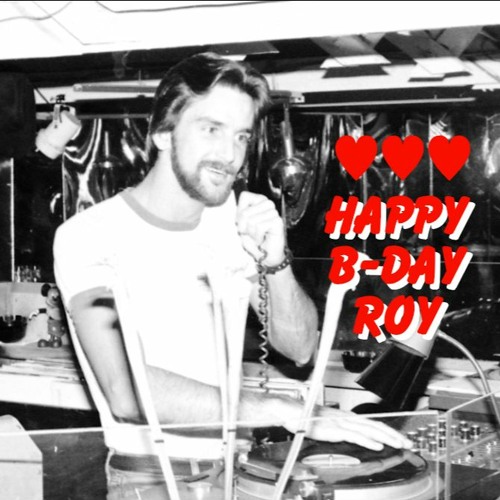 May 15th marks the birthdate of one of our favorite DJs – Roy Thode. Technically masterful, pioneering some of the most progressive methods in DJing whilst manifesting an exceptionally educated and tasteful selection of music, Roy Thode is truly an artist when it comes to the craft of DJing. Personally, as DJs, we’ve learned so much from listening to Roy Thode, 40 years later he continues to inspire us in such relevant ways.

Roy Thode, a native New Yorker from Long Island, moved to the city in his early 20’s after establishing his DJ skills as a young man growing up in Wantaugh. Roy was perhaps best known for being the DJ for “Saturday Nights at the Ice Palace” in Cherry Grove. His NYC DJ career was highlighted with residencies at both Studio 54 and The Saint however it was the Long Island Gay club scene that fueled and created the foundation for Roy’s illustrious career as perhaps one of the best technical DJ’s of his era.

This mix was recorded at the Ice Palace – in many ways, his home. Being able to share this previously unreleased mix is a tremendous honor for us and we hope you can appreciate this as much as we do. A huge thank you to Marsha Stern for working with us and making this little project a reality.

Roy Thode (New York City), a native New Yorker from Long Island, moved to the city in his early 20’s after establishing his DJ skills as a young man growing up in Wantaugh. Roy was perhaps best known for being the DJ for “Saturday Nights at the Ice Palace” in Cherry Grove. His NYC DJ career was highlighted with residencies at both Studio 54 and The Saint however it was the Long Island Gay club scene that fueled and created the foundation for Roy’s illustrious career as perhaps one of the best technical DJ’s of his era.